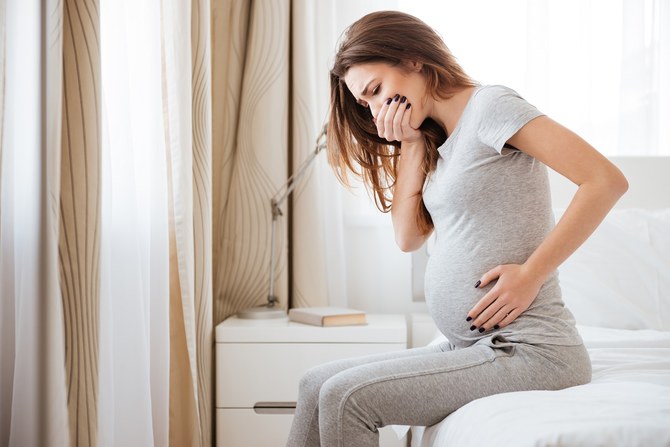 Nausea, the feeling of vomiting, is one of the common complained during the pregnancy. Several kinds of research exhibited that more than 70% of pregnant women experience nausea at some point in their early gestation. Hence it is considered as one of the universal sign of the pregnancy.

Nausea is not only known to be one of the indicators of the pregnancy, but it is the typical symptoms throughout the first trimester (First 3 months) & sometimes it may occur for the more extended period.

What Are The Cause Of Nausea?

The cause of nausea & vomiting during the pregnancy is still known although it is considered that the feeling of vomiting is may be due to the production of the HCG, i.e., Human Chorionic Gonadotropin hormone, also known as pregnancy hormone. A recent study of more than 2400 pregnant women has shown that women with severe morning sickness have a high level of the HCG hormone than the others. The HCG hormone release when the fertilized egg cell attached to the uterine lining.

Some other Factors Of Nausea

The treatment of the nausea is during the pregnancy is complete depending upon the self-care and on the home remedies. Here are some home remedies which you should look

Some of the experts believe that the more dehydrated you become, the more nauseous you will become hence staying properly hydrated can be your one of the best prevention. Drinking 7-8 glass of water is recommended to keep yourself hydrated.

The empty stomach may increase the frequency of the feeling of vomiting. But overeating is not the solution because it can overtax your digestive system which leads to nausea. Thus eat little and then a few more (six time in a day).

Sometimes sleeping can be the best solution for avoiding the feeling of vomiting. Most of the experience women and even some gynecologist believes that sleeping is one of the great ways to prevent morning sickness. Proper sleep you 7-8 hours is crucial during the pregnancy.

Some of the experienced women firmly believe that the natural or home remedies do not help in reduction of the feeling of nausea. But they also say that it can provide some relief but not as much as relief you would like. Hence consult your doctor if the frequency of feeling of vomiting remains the same.